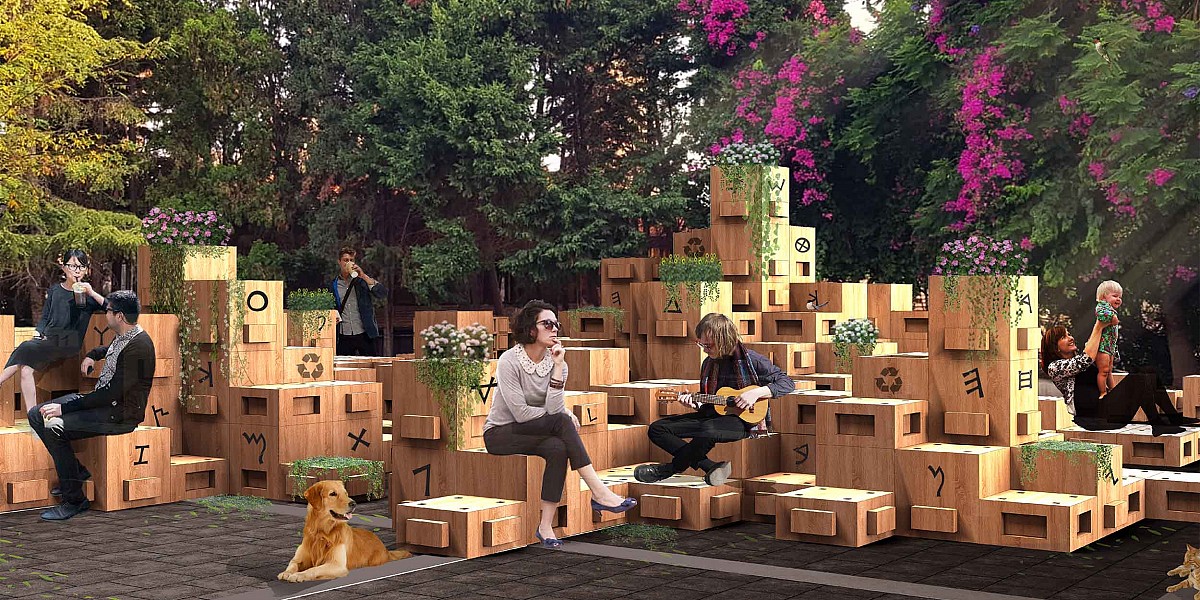 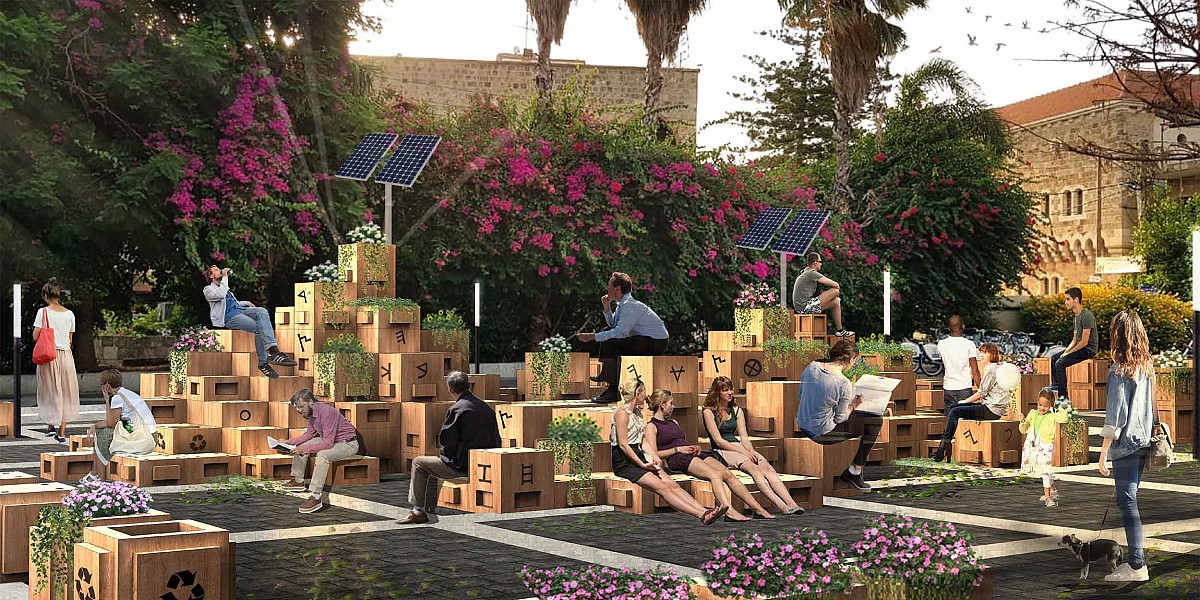 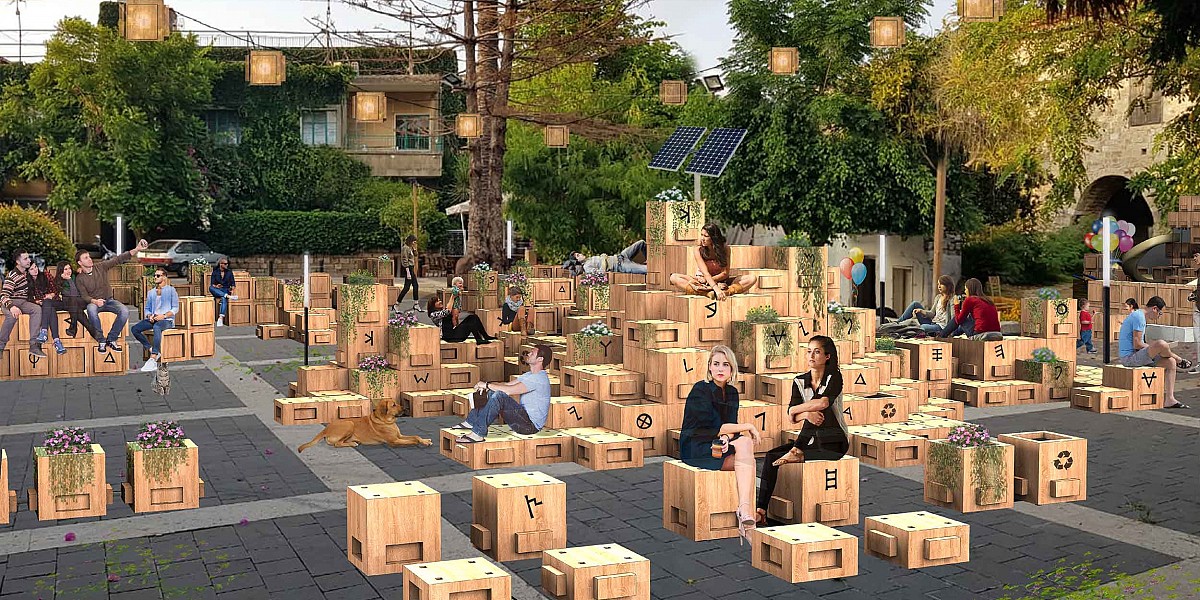 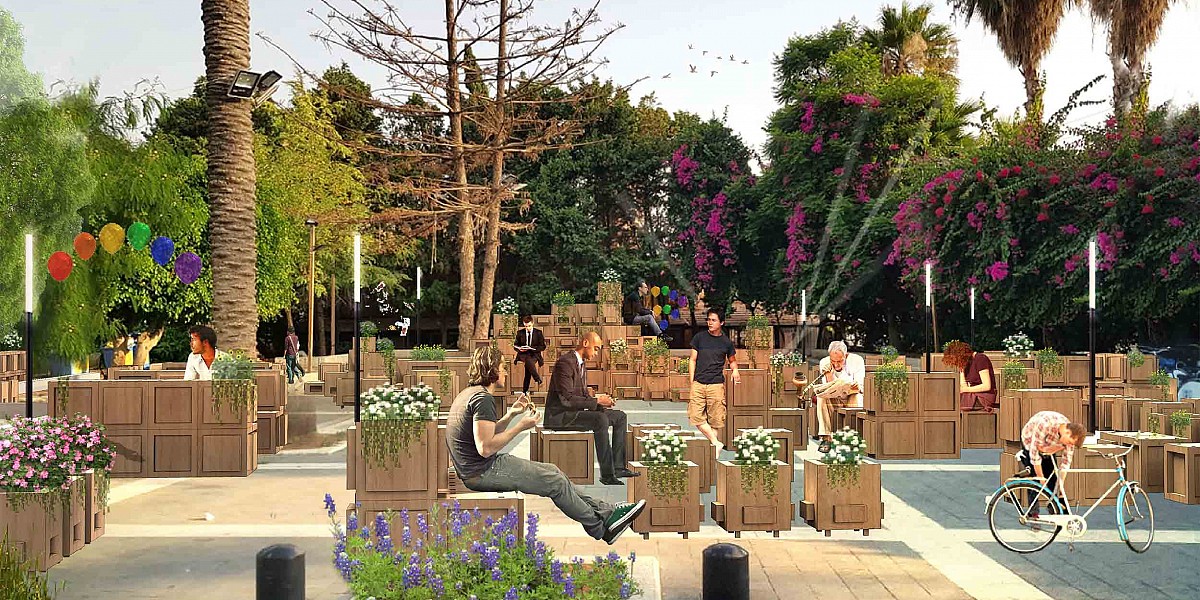 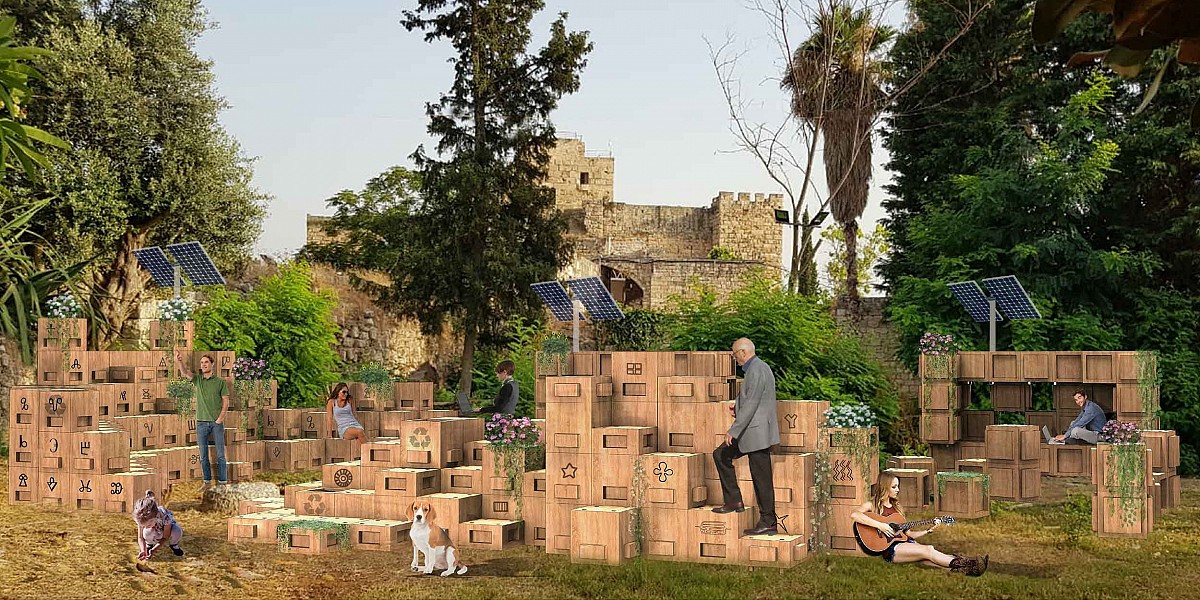 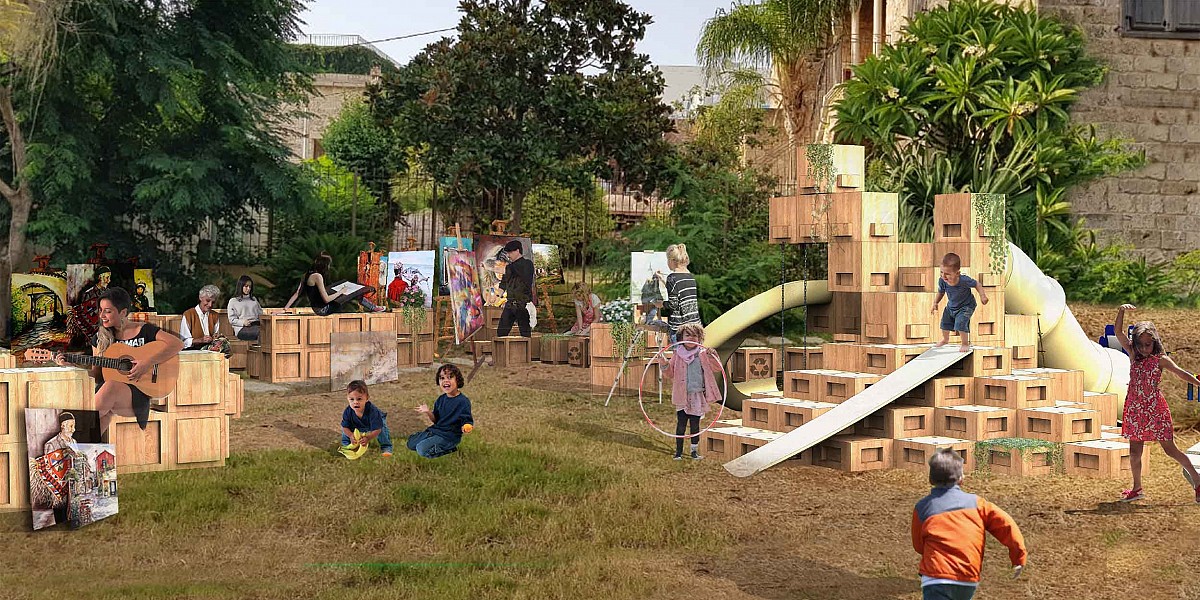 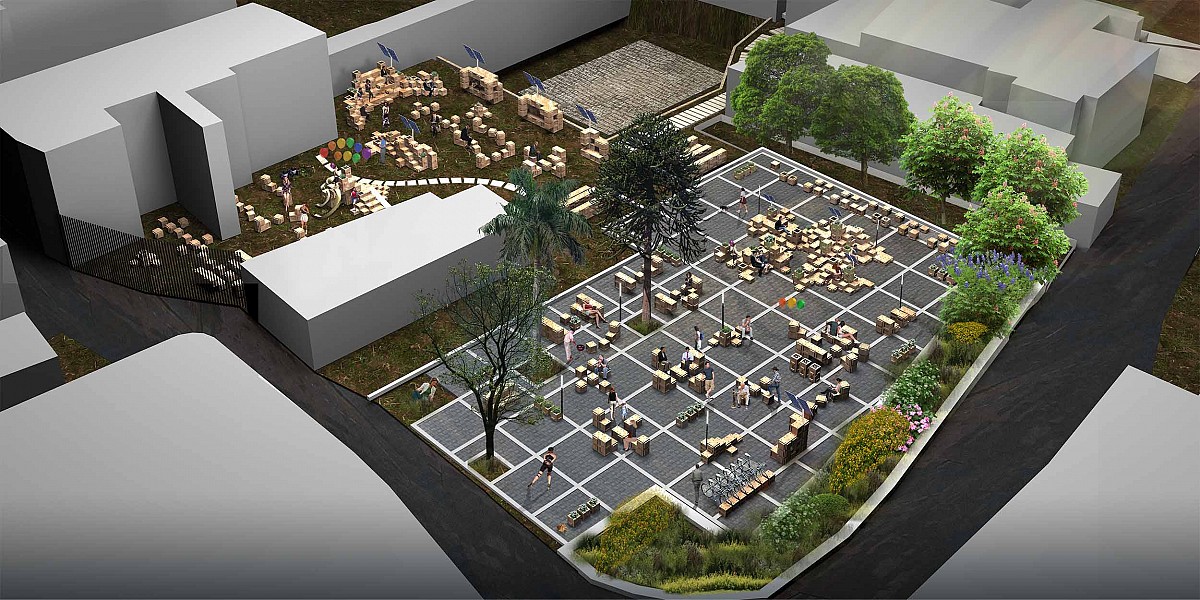 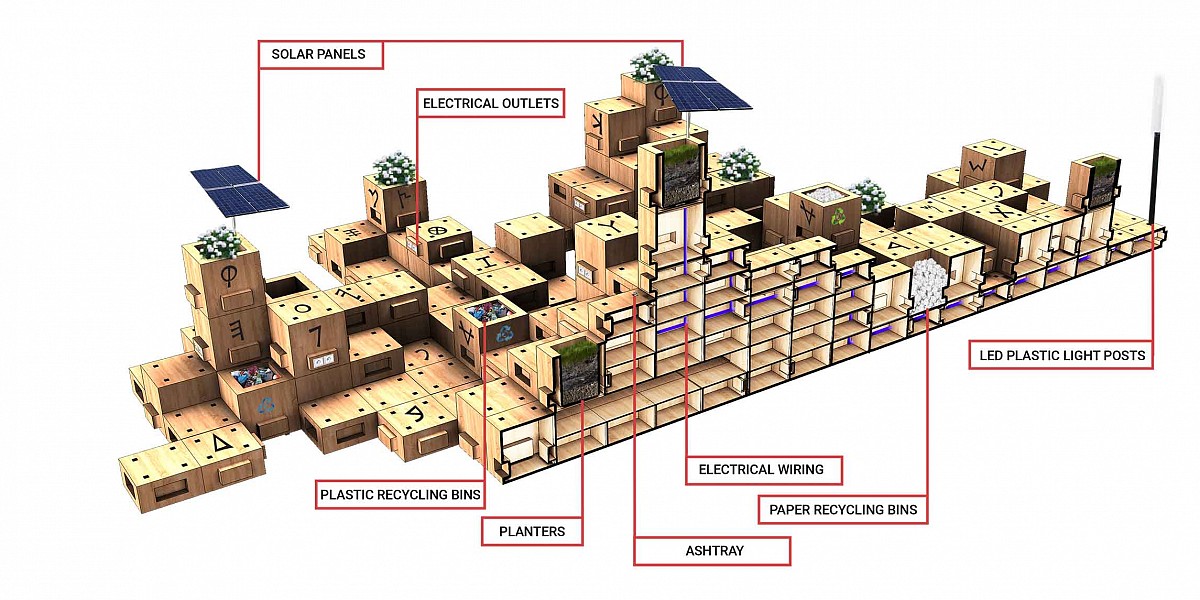 Throughout history, many civilizations emerged to Byblos and added their identities and significance. One after another, the various urban signatures dispersed through a stream of a historical timeline of 7000 years provided us with Byblos that we know today. An entity of a whole made of many fragmented elements from the past giving Byblos its richness in cultures and heritage.

The idea of this project is to create the public space as a vinculum that connects the past to the future and provide the citizens with flexibility to socially put their significance in this public area just like all these civilizations did because that’s what makes Byblos the way it is. Thus, there’s no final shape for the project; yet, it’s a constantly changing silhouette generated by the public.

By absorbing the character of the historical surrounding, and by pulling the adjacent archeological fabric into the site, the project is inspired by the decaying stone assembly that the new square lends dignity to the majestic cultural heritage while paving the way for a sustainable future.

The whole complexity is based on a single matrix that once it’s understood, the whole sophistications will be apprehended. It consists of a box cube that varies between 40 x 40 x 40 cm and 40 x 40 x 20 cm. The assembly of these boxes will generate infinite number of shapes; hence, there are three types of Cube Boxes:

TYPE B used to implement symbolical vestige elements of different eras redolent of the existing remains in Jbeil (like the ancient roman amphitheater, the Phoenician obelisks temple, the crusader citadel…etc.).

TYPE C used as a complementary element for stairs and level adjustment.

The project Grow out of the Waste, since we also have recycle bins (paper and plastic) within the boxes of both types as well as planters. The recycling of the waste will generate more units for the square and the city of Byblos. Thus, this project can grow and emerge beyond the limited zone.

The material used for this unit is the Recycled outdoor WPC:

Photovoltaic panels are introduced in the elements and benches in order to generate electricity to the end-user and for lighting using natural energy resources. Additionally, lighting posts and fixtures are also made from the same recyclable material WPC that can be also translucent.

The installation can be dismantled gradually, and transformed for another use with boxes released from the rope grid 40x40 cm and symbolically absorbed by the city.

The symbolical vestige elements of different eras are designed in a way to cast shadows during all day times with different directions. As shown in the mass plan, each element represents a civilization era and within the existing structure, resides all the information concerning the epoch of that time as well as symbolic signs carved and drawn in the boxes

The new square will derive its shape from human flows measured as an urban canvas of possibilities for cultural exchange, art and craft expression, and social interaction where architecture, heritage, society and sustainability are in complete synergy.