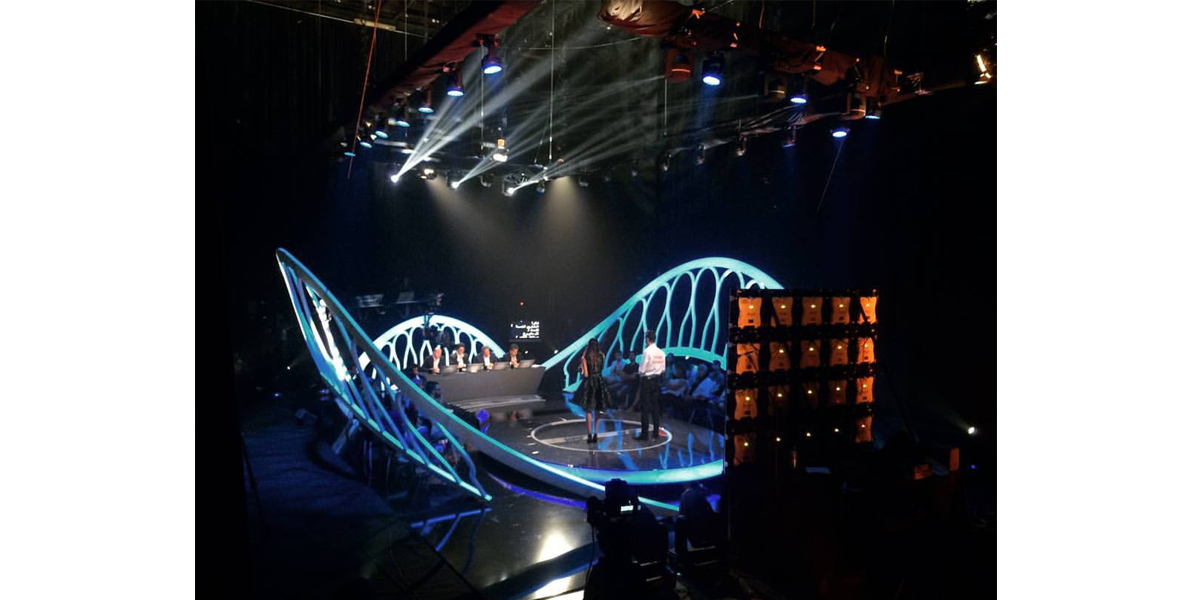 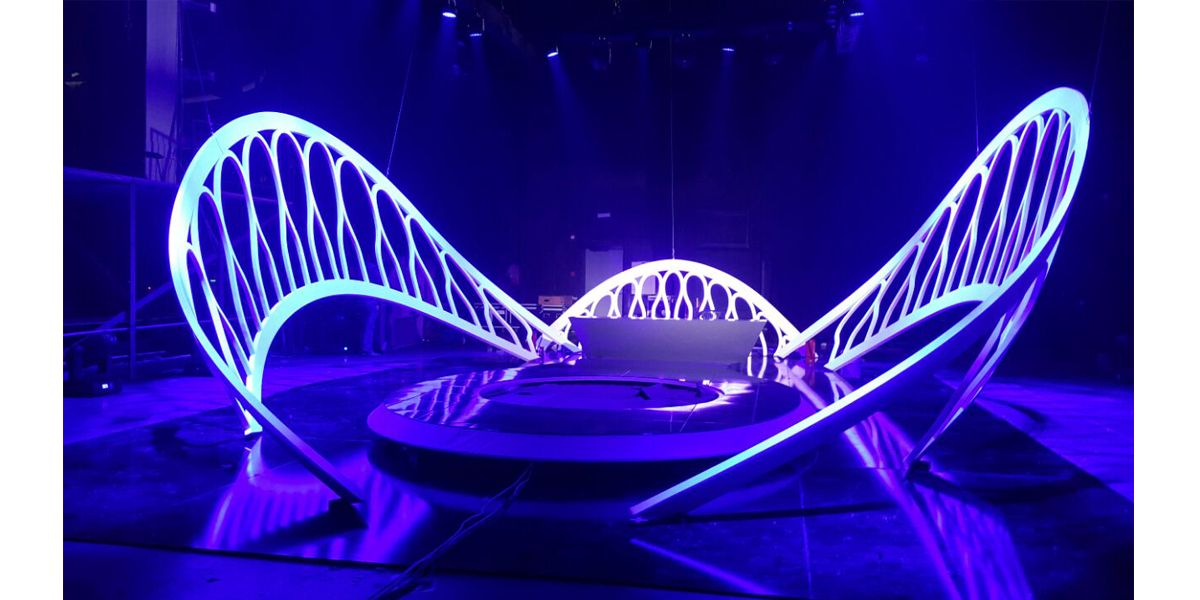 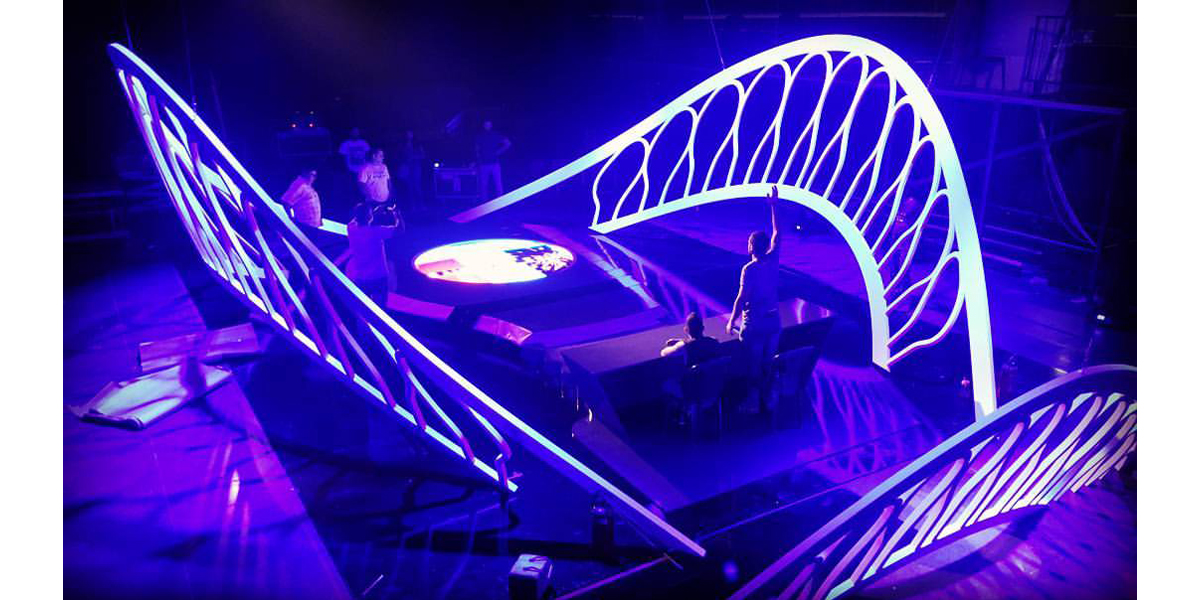 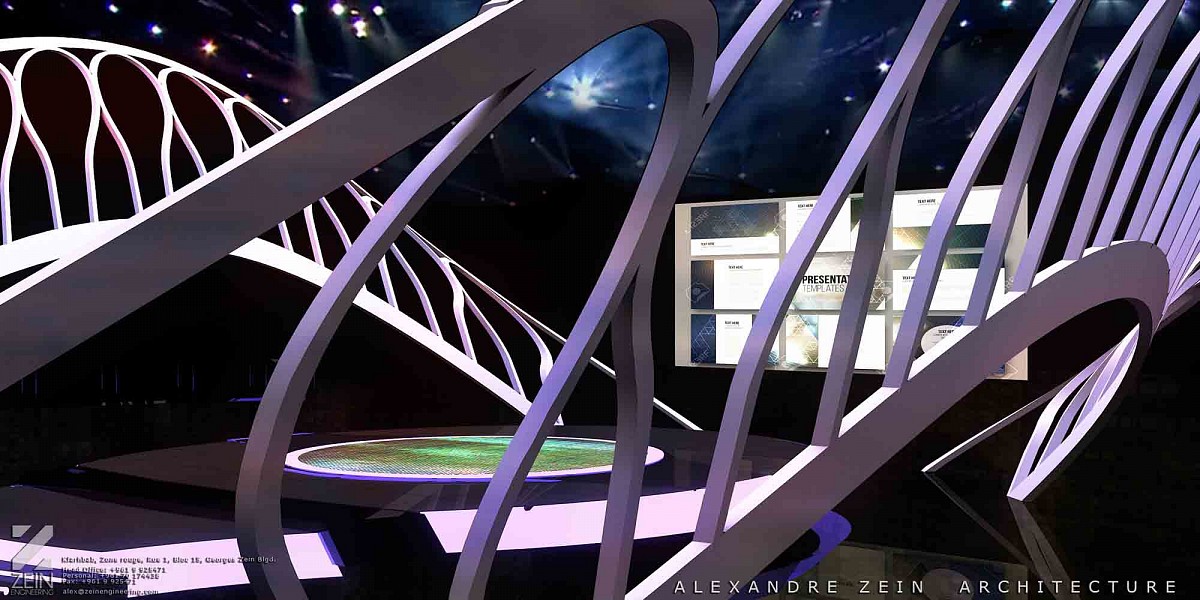 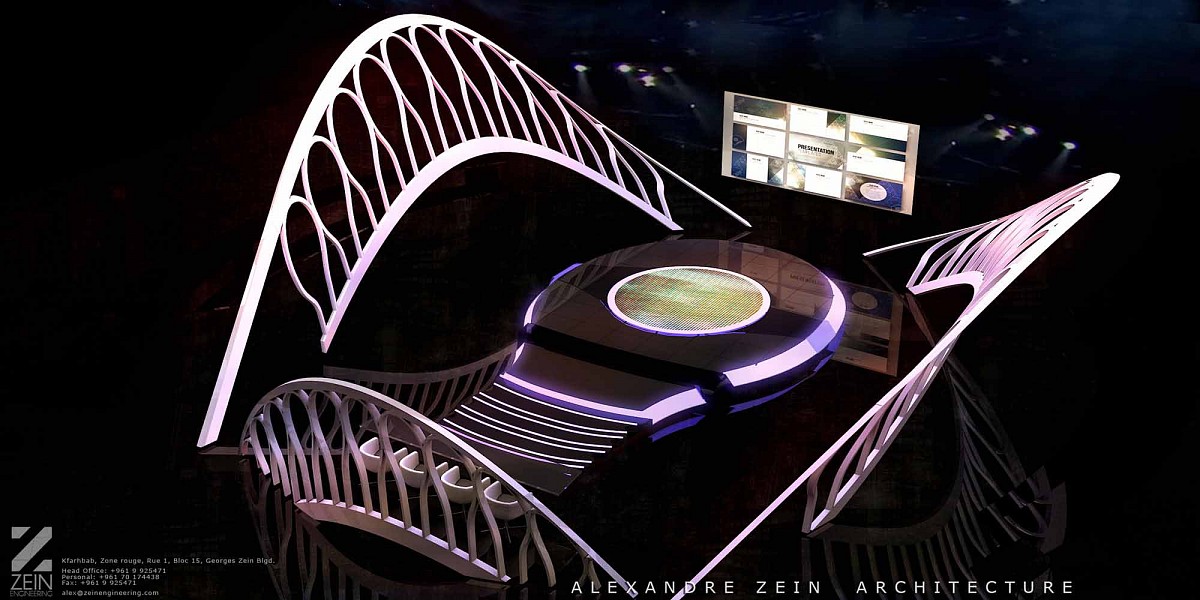 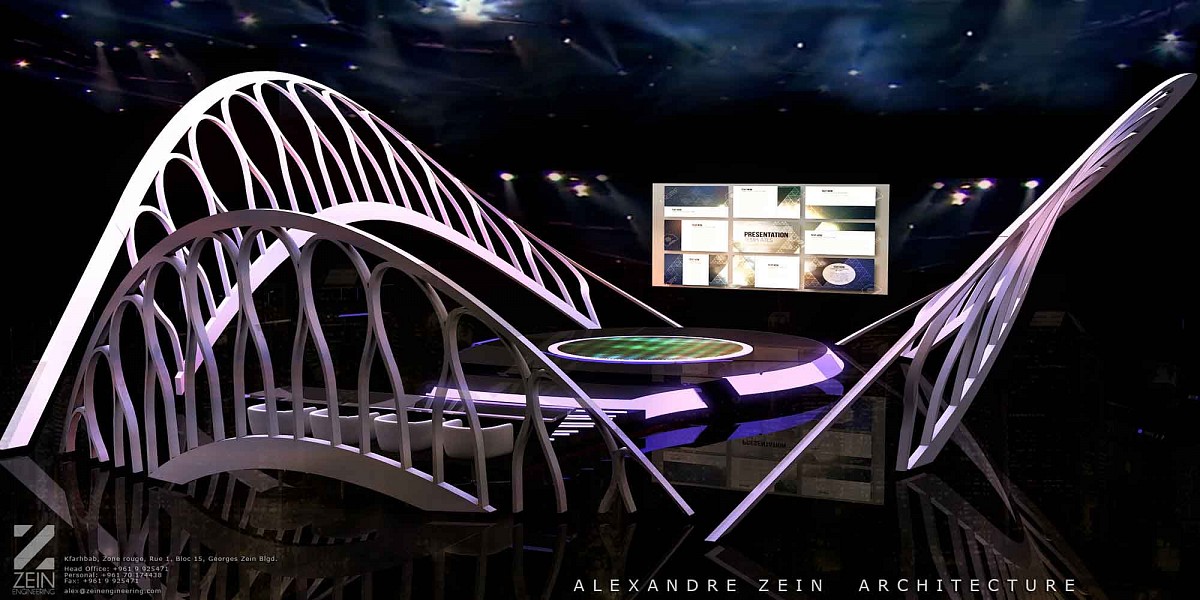 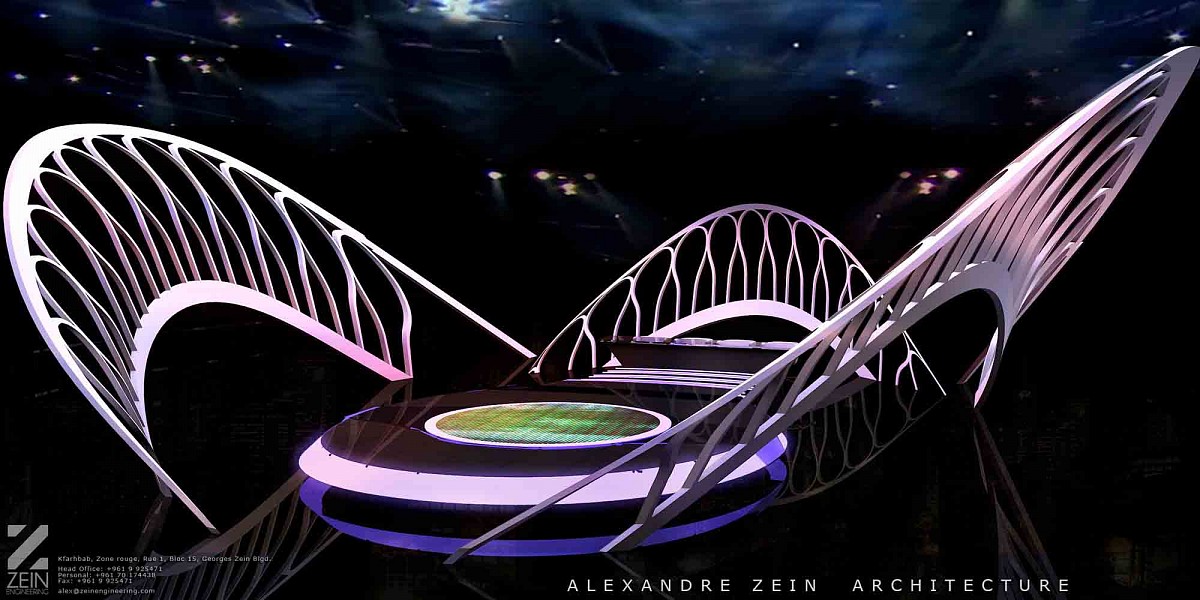 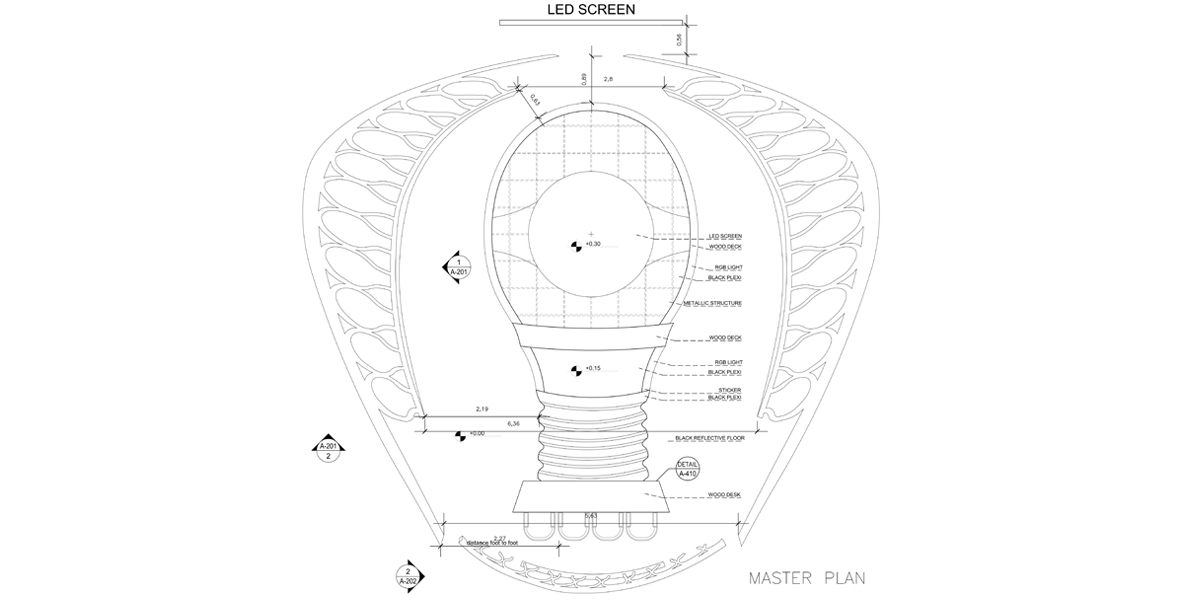 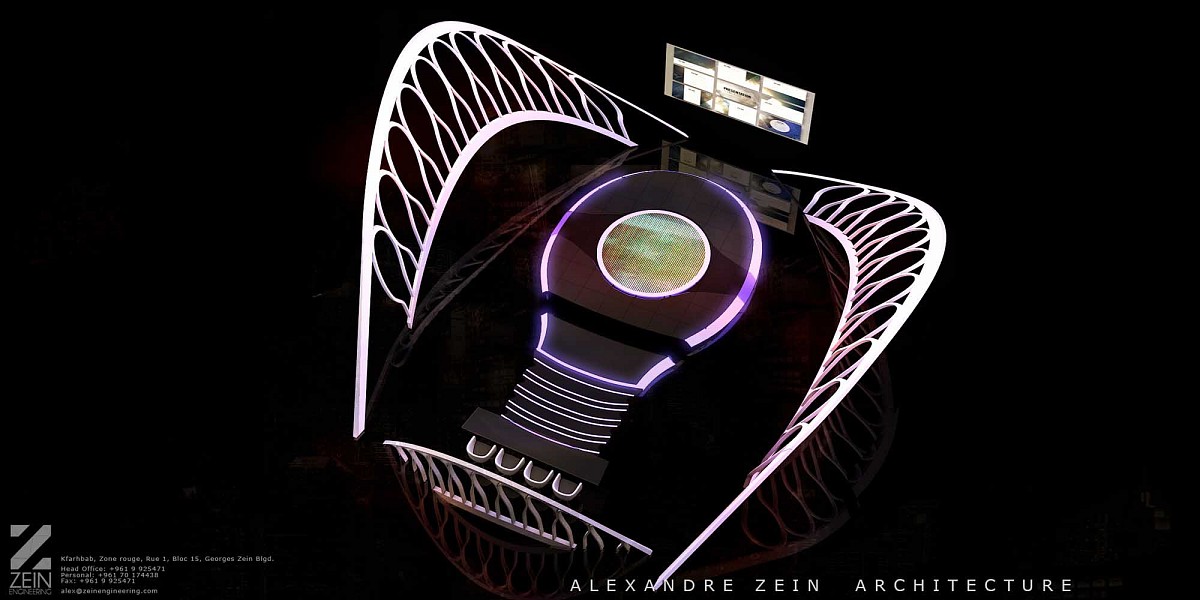 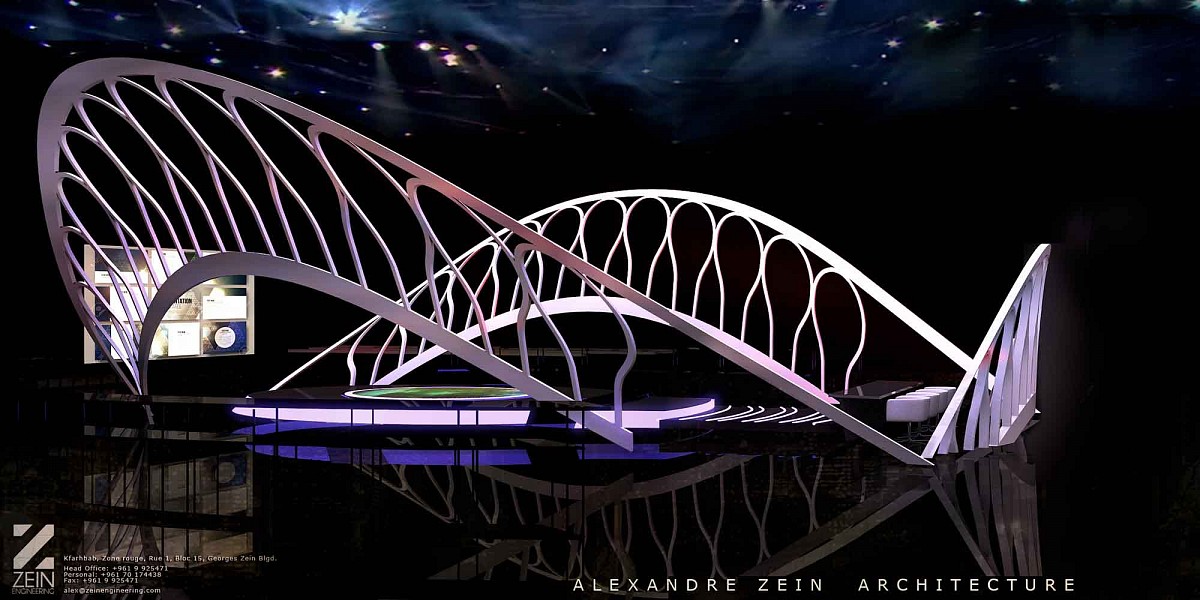 Hyundai Startup Competition’s set design is based on the show’s chief theme of a tungsten lamp that has the facet of a microphone that indicates a startup of a new idea that was brought forth. Thus, the core of the studio is a shape of Edison’s light bulb that goes from off to on with a flick of a switch, and correspondingly, new ideas seem to spring forth fully formed from the creative minds. The base of core which is the lamp is the jury table considered as the electrical pulse that evaluates the ideas. From each side of the stage core blends two wings with multiple dispersing lamps with different scales reflecting the variety and multiplicity of ideas. Furthermore, in order to double the amount of the scene, the black glossy floor reflects 80% of the set. The over-all of the studio has a futuristic aspect fitting well an atmosphere of futuristic idea startups.