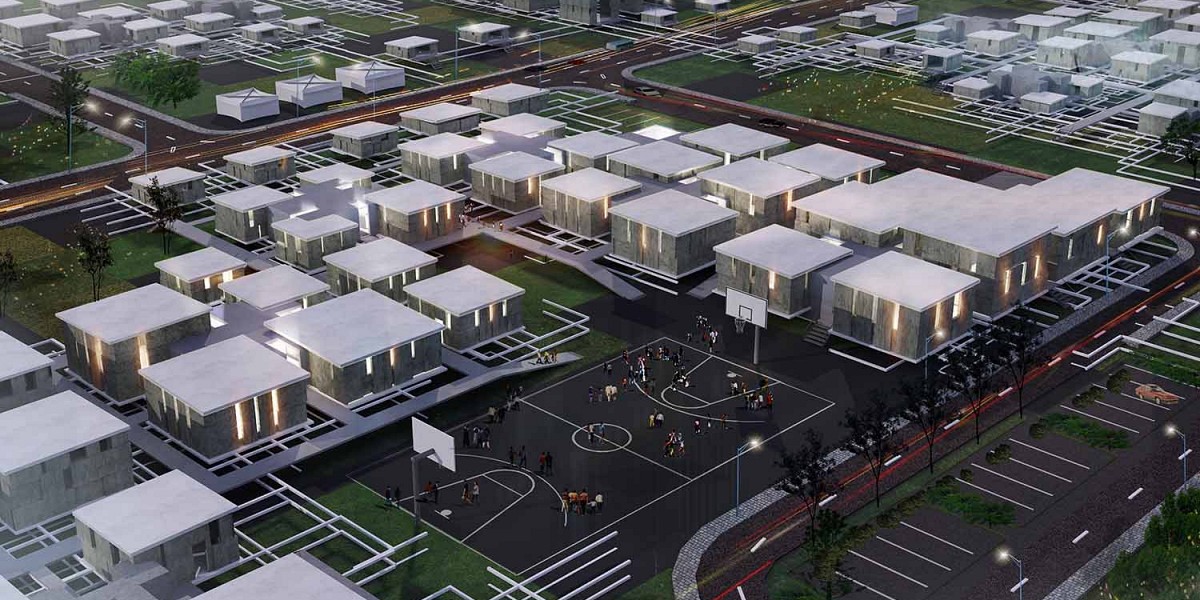 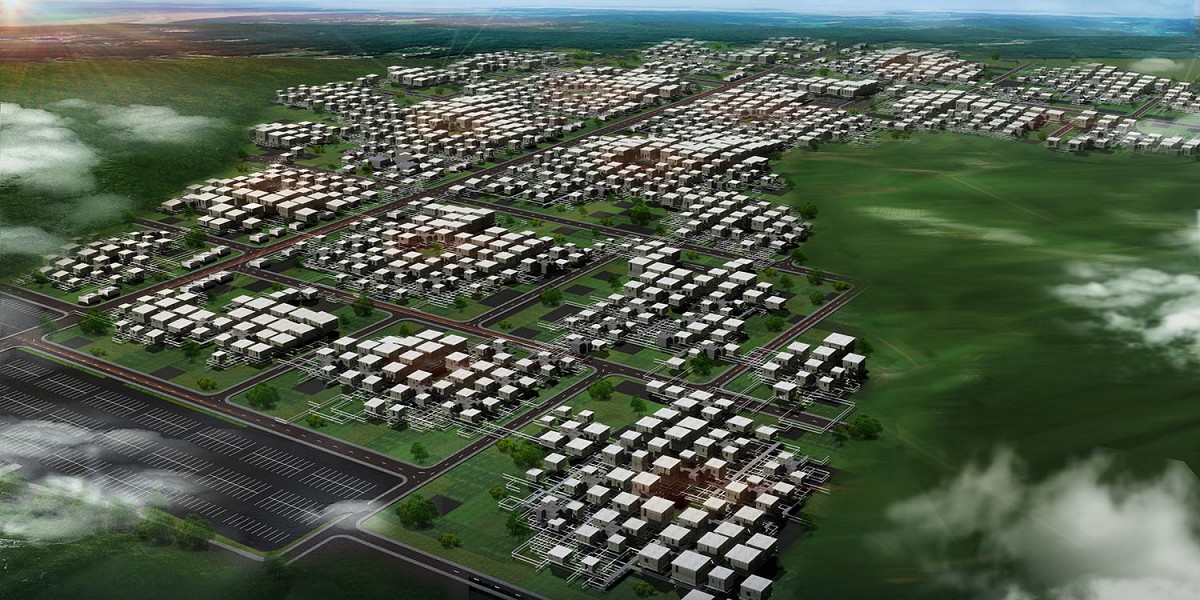 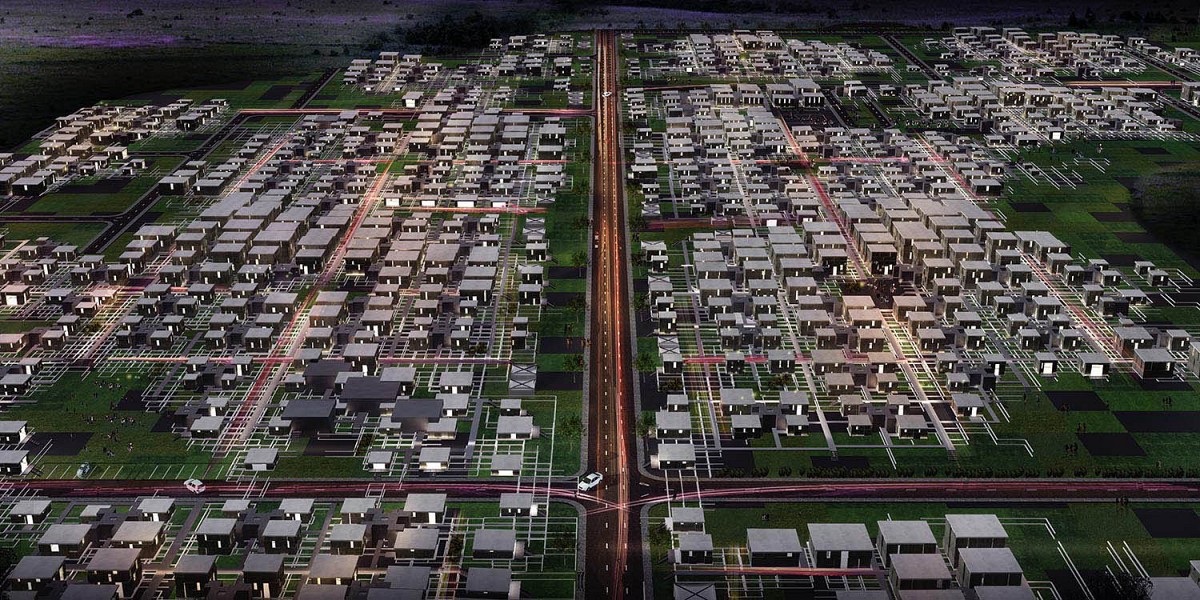 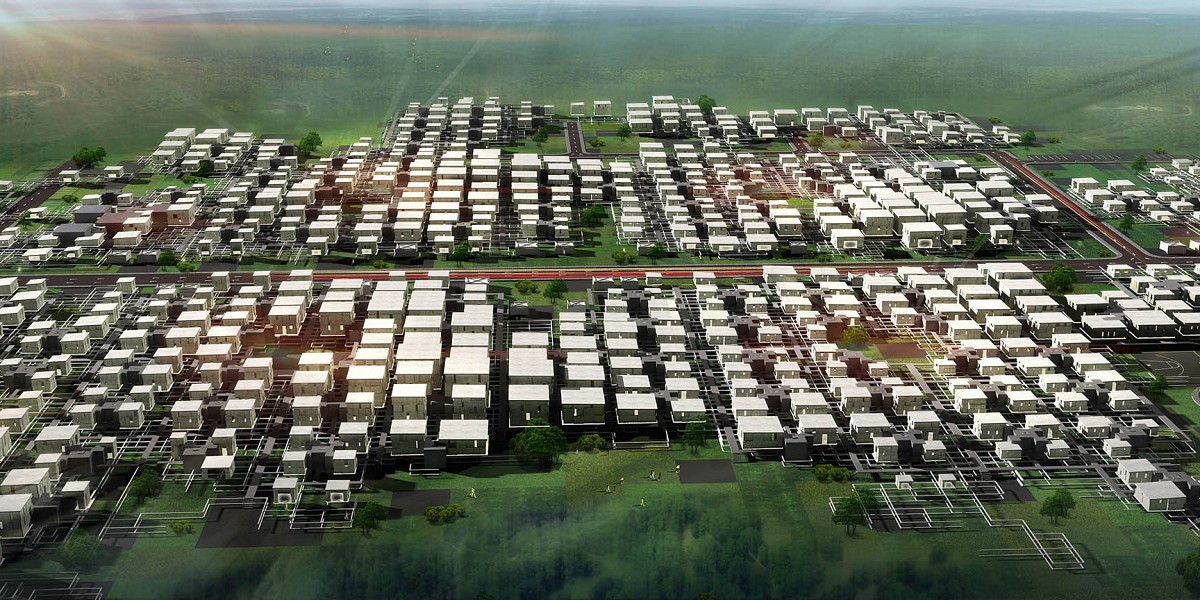 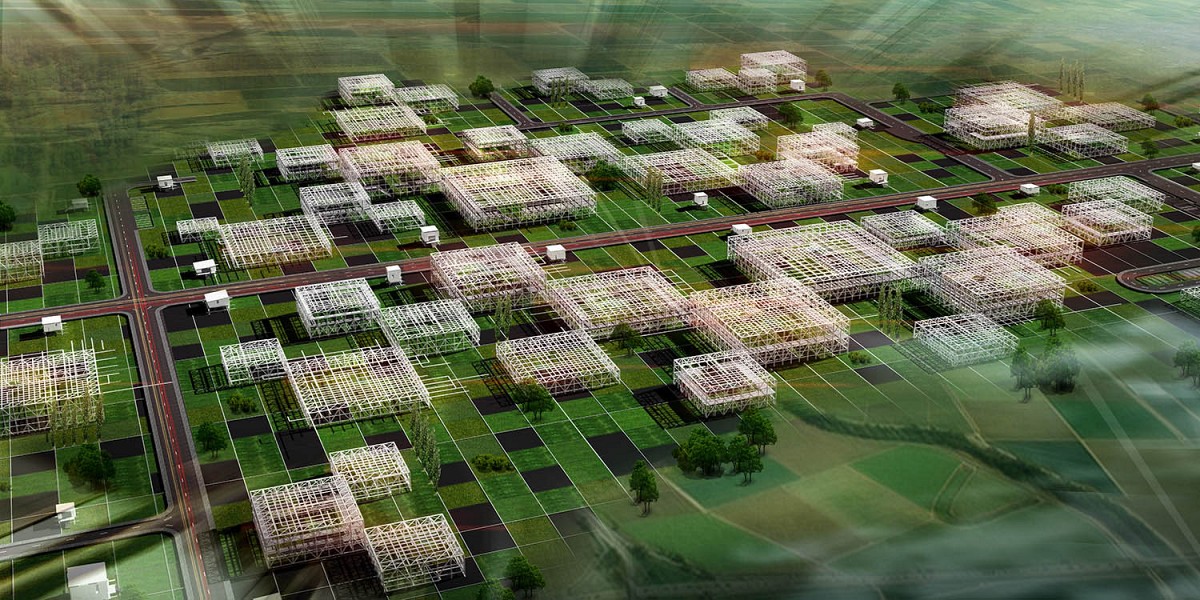 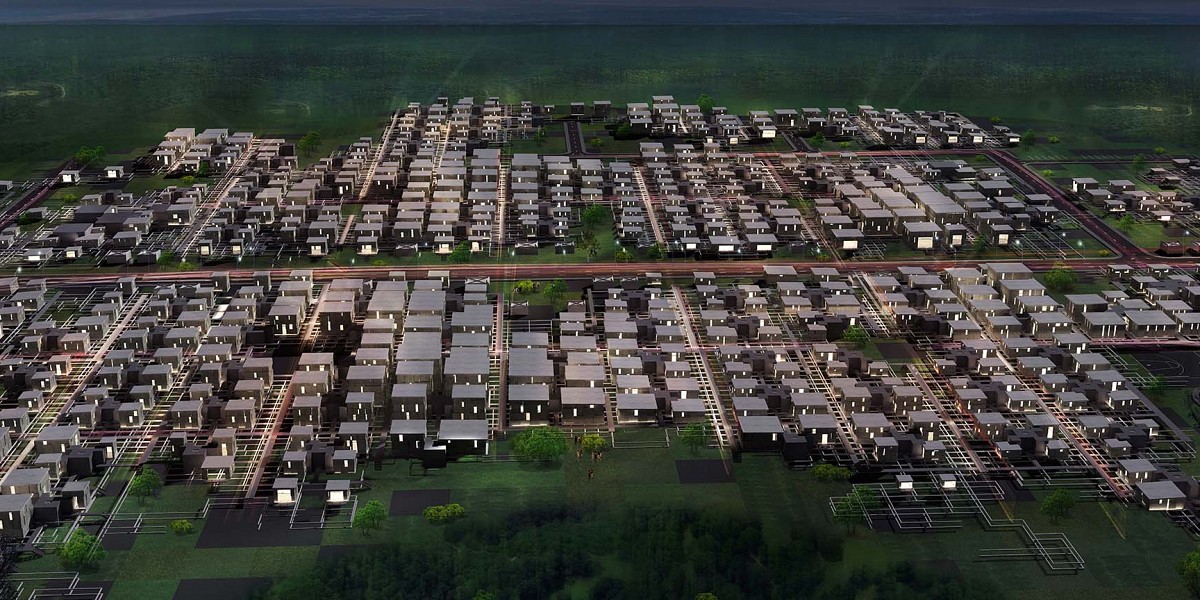 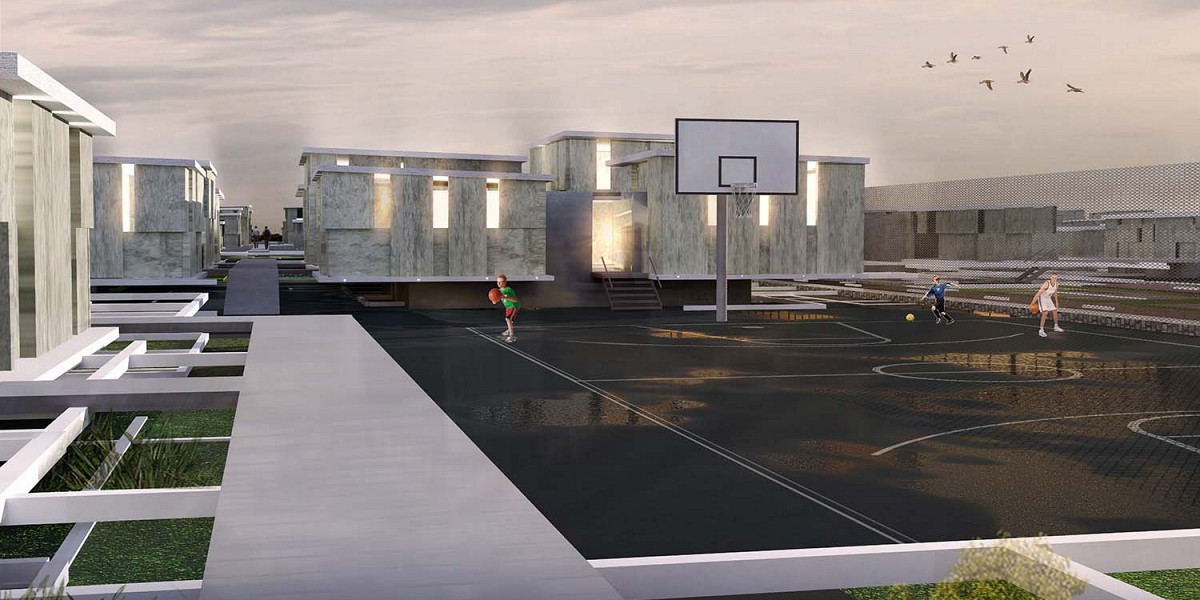 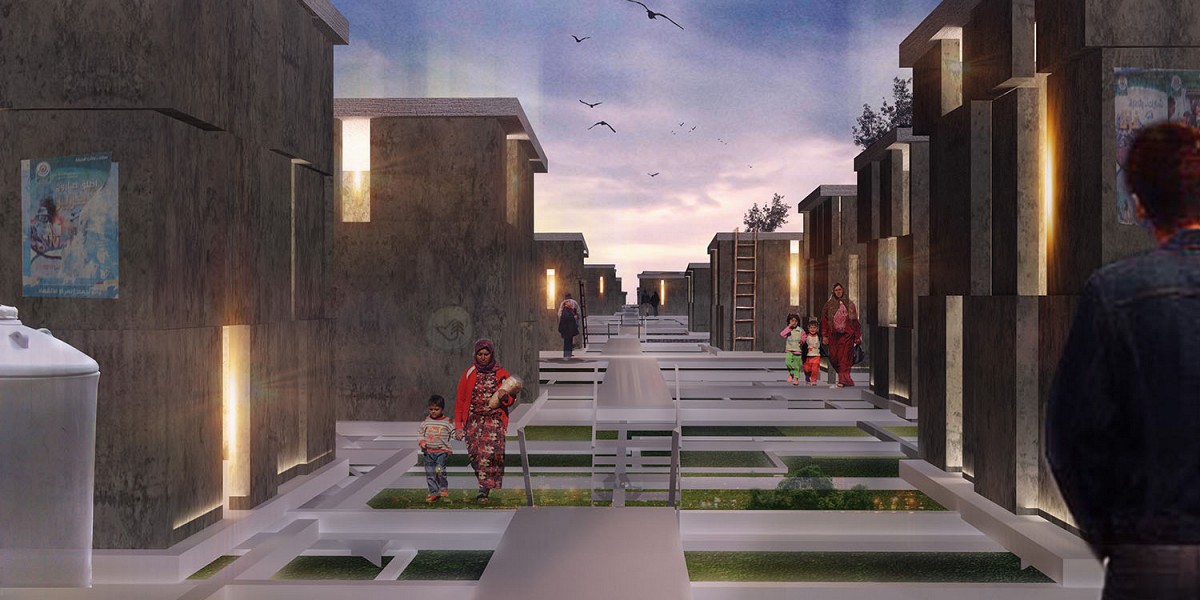 Housing a huge number of Syrian population living abroad back to their home land will take decades to be constructed. By that time, more slums will burst and more generations will take birth outside of Syria where some of them will find solid grounds there. The vital part of this housing typology is to be quickly built and easily dismantled once the future cities in Syria call their dwellers back.

The proposed strategy is to create a cycle system that could adapt to this population that will grow from one hand and shrink from another, acting like a plant that survives with the presence of water and perishes with its absence.

By building a sustainable flexible settlement that comprises the built-in basis that dwellers are incapable of building, and for them to squat it building their own particular environment, following the designed guidelines, and using reinforced recyclable materials.

When the post-war housing crisis is solved in the future the settlement will transform to another use in any other place until the occurrence of a new crisis where this settlement will be re-used for emergency situations.

Proportionally there are dual structures:

-A sustainable and transformable uplifted structure (easily dismantled and modified). Within the existing uplifted structure, blends the W.Cs and the Kitchens connected to the uncovered infrastructure through a central shaft where “Rain Water Collector” settles storing water by gravity. In addition to “Photovoltaic Panels” to generate electricity using natural energy resources. Those are fixed features ready to be used by the Syrians

- The plug-in units built by the dwellers themselves using recyclable materials. Thus, there will be no final   shape for the houses, it will frequently change with time.

In order to control the growth, and avoid any chaotic outcome, this whole system is based on a matrix. When this matrix, in any single scale, is understood, the whole sophistications in all scales are apprehended.

The matrix is based one cell that consists of a core (the serving) and a periphery (the served). Following the Syrian social structure, a confederation is decomposed to several tribes then into sub-tribes dissolved into clans composed of families. The iteration of a single family becomes a complex confederation.

This system can be applied in any site following the same procedure that inaugurates by expanding radially, from its center, a grid to reach certain boundaries. According to the Syrian anthropological study, there are two distinct social structures in Syria. One is in urban centers. It’s mixed in some places and in some others there are divisions along ethnic and religious lines. The second is in rural areas. Hence, we find several clusters with different proportions connected together by a network of infrastructure and roads and in between we have plains. In order to create a similar environment, in the center the city is created (the biggest cluster), and it connects a network of smaller clusters that are the villages. In between, there are the negative spaces that are agricultural. This is a self-sufficient settlement that could find places for all the needed functions in order for it to survive.

Until another crisis occurs there will be a durable system always ready in case of any emergency since everyone deserves to live in a human way.